Your browser is not supported

You are using a browser we do not support any longer. To continue visiting our website, please choose one of the following supported browsers.

What is an Air Compressor

We explain how air compressors work and what types there are

What are air compressors? Technically, air compressors are machines that convert one form of energy into another form, which can then be stored and used at a later point in time. But neither that brief explanation, nor the more detailed description below, do this invention - and its profound impact on our lives - justice.

That is why, on a non-technical level, the answer to the question above is “The machines that have changed our world more than almost any other invention.”

What may sound like hyperbole is actually a very accurate description of the impact air compressors have had on our society – and especially the industrial sector. In less than 150 years since Austrian engineer Viktor Popp built the first  compressor plant, compressed air has become so indispensable that it is now referred to as the “fourth utility” along with electricity, water and gas.

The numbers back up this bold statement. It is estimated that 10% of all electricity consumed by the manufacturing industry is used for compressed air.

How and Why Air is Compressed

To understand the importance of compressed air – and the compressors that generate it – let’s first take a closer look at the physics of it. Compressed air is simply regular air that is forced into a much smaller space. When this happens, its molecules speed up and so-called “kinetic energy” is created. That kinetic energy can either be used right away or it can be stored and released later.

One of the reasons compressed air has become so indispensable is its versatility. Just about every industry relies on compressed air in some form – from manufacturing plants to cars, ships and trains, construction sites to hospitals, compressed air is used all around it.

However, the many options also make it difficult for laypersons to find the compressor that is right for them. To make things easier, here is an overview of different compressor types and technologies.

First, let’s take a look at how compressors work. There are two main compression technologies:

-          Positive displacement compressors have a cavity that is filled with regular air (or another gas at atmospheric pressure). That cavity then becomes smaller, which means the same amount of air has to fit into a smaller space and its pressure and kinetic energy increases.

-          Dynamic compressors achieve the required rise in pressure by accelerating the air (or gas) with an impeller and then slowing it down in a diffuser.

Positive displacement compressors are much more frequently-used and they feature different technologies to displace the air. Piston compressors use a reciprocating motion, rotary screw compressors a single rotor and the more seldomly utilized scroll compressors feature a double rotor.

Each of them has their different benefits and uses.

Piston compressors, for example, are fairly simple machines that are inexpensive to buy. They are often the right solution for operations with a low compressed air demand.

Rotary screw compressors are more advanced and offer a low total cost of ownership. They are more energy efficient and can produce a lot more compressed air.

Dynamic compressors, on the other hand, are primarily used for operations and applications that require very high volumes of air.

In addition to their operating principle, there are other characteristics that determine a compressor’s strengths and how it can best be used.

Oil-injected versus oil-free: Not every application requires top-quality air. For example, just about any compressed air will do to inflate a tire, but compressed air that comes into contact with pharmaceuticals or food has to be very clean and meet stringent regulations. The former is called “energy air” and the latter “active air.” Generally, energy air has to be less clean, and an oil-injected compressor can get the job done. They are more economical to buy and operate but the air they produce has traces of oil in it.

That makes them ill-suited for active air applications, which demand purer air. In that case, an oil-free compressor is a much better choice because it produces absolutely clean air.

1-stage or 2-stage piston compressors: Piston compressors come in two versions and are available either as 1-stage or 2-stage models. For small jobs that do not require a continuous air supply, a less expensive 1-stage version will do. However, to operate high-powered tools and guarantee a continuous supply of compressed air, a 2-stage piston is probably a better solution.

Belt drive versus direct drive: Belt-driven compressors are a better choice when reliability, ease of operation, cost-effectiveness and power matter most. If applications call for the compressor to adjust its speed and power, however, a direct drive is usually preferable.

Fixed-speed versus variable speed drive: While its many applications and widespread use are a major reason why compressed air (and its generation) accounts for such a large share of all energy consumed by the industrial sector, there is another factor: It takes a lot of energy to compress air. So much, in fact, that, over a compressor’s lifetime, energy costs make up the bulk of its total cost of ownership.

Which brings us to the difference between fixed-speed and variable speed drive compressors. As their name indicates, fixed-speed models only have one speed. That works well for applications or operations that require a steady flow of air (of course, the output of the compressor would still have to be matched to the demand in order to not waste energy).

However, it is very inefficient if a production site has a fluctuating air demand. In those cases, variable speed drive compressors are a much better option. Their initial price tag is higher but, because they consume much less energy by matching the compressor speed to the air demand, they are much more efficient and offer a significantly lower cost of ownership.

Hopefully, this guide will have offered a useful starting point for understanding the different types of compressors, their respective characteristics and benefits, and the applications they are best suited for. 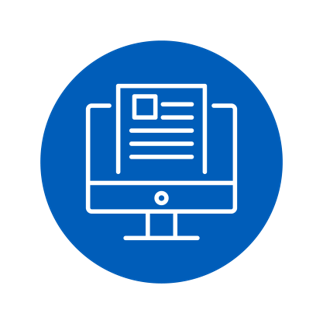 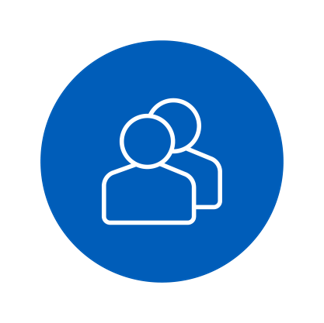 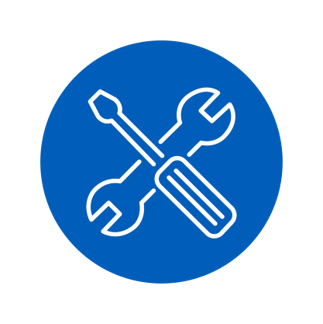 The pressure you need! We've created pressure since 1923